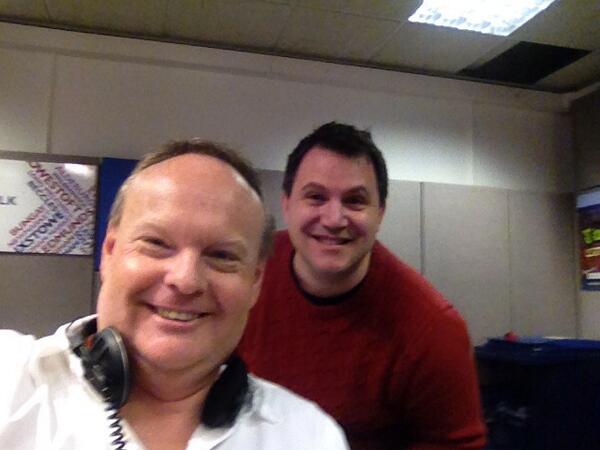 Every Monday morning at around 10:40  Matt presents the App of the Week slot on the Mark Murphy Mid-Morning Show on BBC Radio Suffolk. Matt is also the shows ‘Resident Technical Correspondent’.

The mobile apps are picked from the hundreds of thousands available to download and can work on Android, iPhone/iPad, Windows Phone and Blackberry handsets.

Normally they are chosen because they offer something a little bit different from the norm.

If you would like to subscribe to our Podcast, enter the following link into your favourite podcast player (eg. iTunes etc).

9th June 2014 – “Wearables and FIFA” – This week see’s the launch of Gadget Man as a replacement for App of the Week. This week we look at Samsung and Sony Wearables and the official FIFA App. (LISTEN)

APP OF THE WEEK

2nd June 2014 – “Pool Break” – If you love Snooker or Pool, you will love this app with authentic graphics, physics and sound (LISTEN)

28th April 2014 – “MyChoicePad” – Is you or your child learning Makaton signing? This app for iPhone and iPad will help them (LISTEN NOW)

21st April 2014 – “Chrome Remote Desktop” – Need to connect to a relatives PC or Mac remotely, you can with this app for PC, Mac or Android (LISTEN NOW)

31st March 2014 – “Foursquare” – Check in to your favourite places to eat, drink, shop or do business (LISTEN NOW)

10th March 2014 – “Vivinio” – A very nice wine selection app. Just point your camera at the wine and it will tell you all about it (LISTEN NOW)

24th February 2014 – “Whats App” – recently purchased by Facebook, we find out what it is all about (LISTEN NOW)

13th January 2014 – “Soundcloud” – A marvellous was of sharing your recordings with friends and listeners (LISTEN NOW!!)

6th January 2014 – “How to tie a tie” – Today we look at ‘How to tie a tie’, which gives you clear step by step instructions in tying a tie – To demonstrate, Matt used the app to tie his tie in a ‘St Andrews’ knot. (LISTEN NOW!!) or click HERE to view his handywork.

30th December 2013 – “Vine” – Ronnie and I look back over the last year and ahead to the future of Apps in 2014. We also discussed whether lots of young people are in fact leaving Facebook (LISTEN NOW!!)

23rd December 2013 –“Norad Tracks Santa and The Snowman & The Snowdog + Sleeps until Christmas on Facebook” – Track Santa live!! Fly to the North Pole with the Snowman and check how many ‘sleep’s until Christmas. (LISTEN NOW!).

28th October 2013 – No Episode due to adverse weather conditions.

This site uses Akismet to reduce spam. Learn how your comment data is processed.